4 tips for staystitching to prevent stretched out necklines 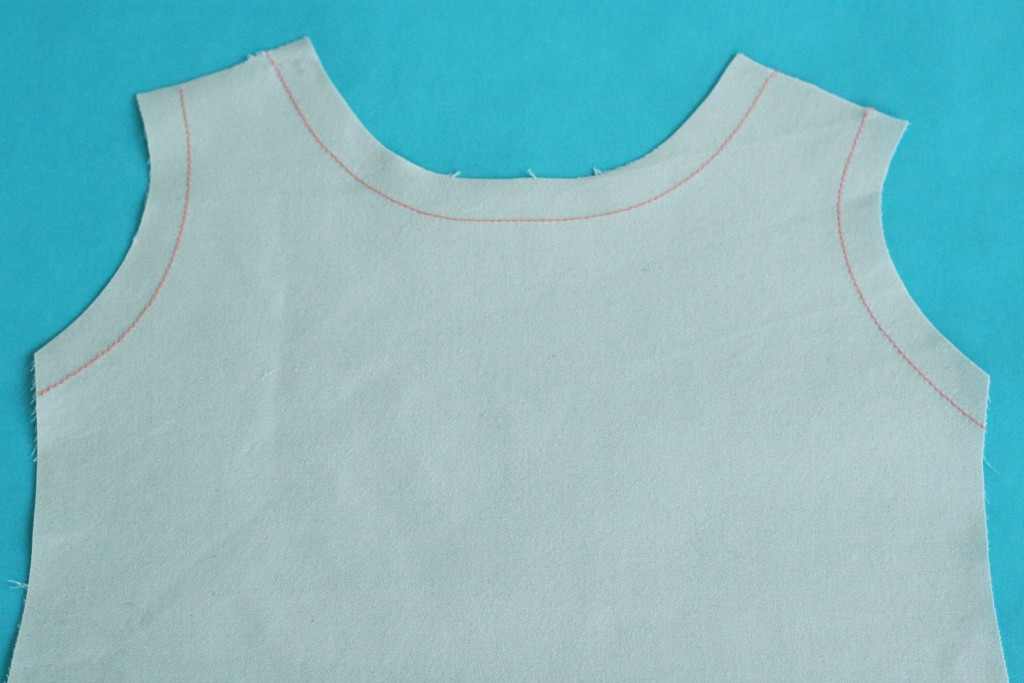 Staystitching is a straight stitch sewn through one layer of fabric. It’s most often used around a curve to prevent distortion.

This is because the curve cuts across the bias, the stretchiest part of fabric. To really see this in action, cut a curve out of some scrap fabric and then pull on it. You’ll see how that curve completely changes. That’s much more extreme than what would happen to your garment, but you get the idea!

While staystitching is most often used around necklines, you can use it anywhere there are curves or diagonal seams that you think may become stretched out. It’s also often used on shoulders, because they’re cut at a slight bias.

Update: This post was edited to answer some of the reader questions in the comments! Thanks for the great questions.

So should you staystitch anytime there is a curve?
Thanks so much for all these helpful tips!

Ugh. I just learned this the hard way with a pattern that didn’t suggest staystitching. It seemed like it would be a good idea, but I lazily ignored my gut and then ended up with a stretched out neckline. It’s so easy and makes a huge difference.

I love your designs and classic style!

Does it matter which way you stitch? For example, on the neckline should you stitch it in two halves, from the shoulder to the centre?