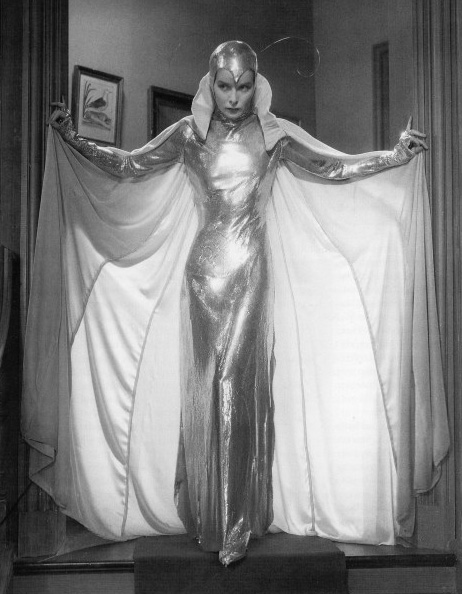 Walter Plunkett was born in California. However, when he decided he wanted to be an actor, he first moved to New York and only after making that attempt did he return to California to try his hand at Hollywood. After a few bit parts, he accepted a job in the wardrobe department at FBO Studios (later RKO) which at the time specialized in Westerns. Even though he had no formal training, he was soon promoted to costume designer and he was chief designer for RKO Pictures from 1926-1939. 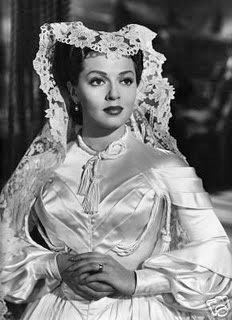 Walter Plunkett became known in Hollywood as the foremost authority on period costumes. He once said that he loved working on period films because the directors were rarely knowledgeable enough about the period-era fashions in order to argue with him. 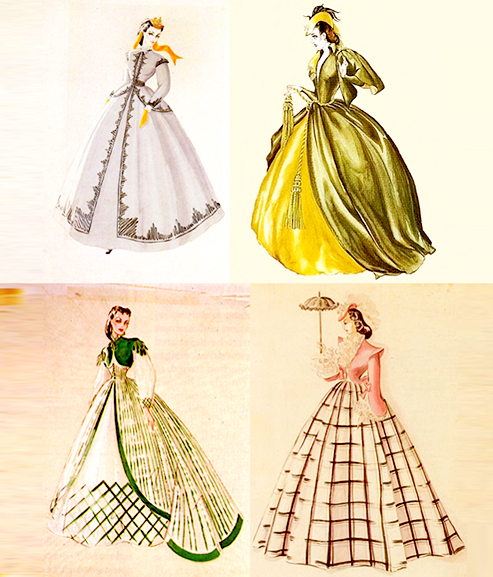 Gone With The Wind costume sketches.

Katharine Hepburn, whom Plunkett had dressed in over seven films, was originally interested in the role of Scarlet O’Hara in Gone With the Wind. She recommended the book to Plunkett and after he read it he had his agents write David Selznick to suggest him as the costume designer. Producer Selznick was well aware of his abilities, as Plunkett had designed the costumes for Selznick’s production of Little Women, which had also been set in the 1860s. 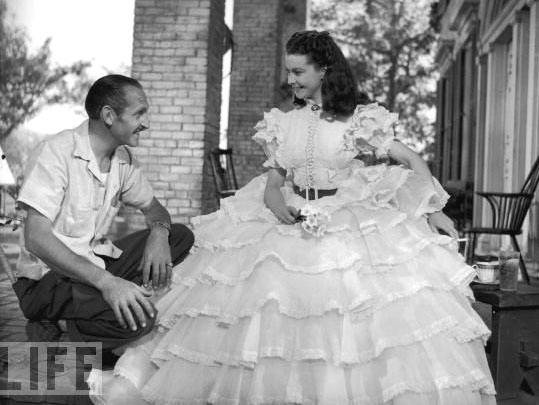 Plunkett with Leigh in the "Barbecue dress." 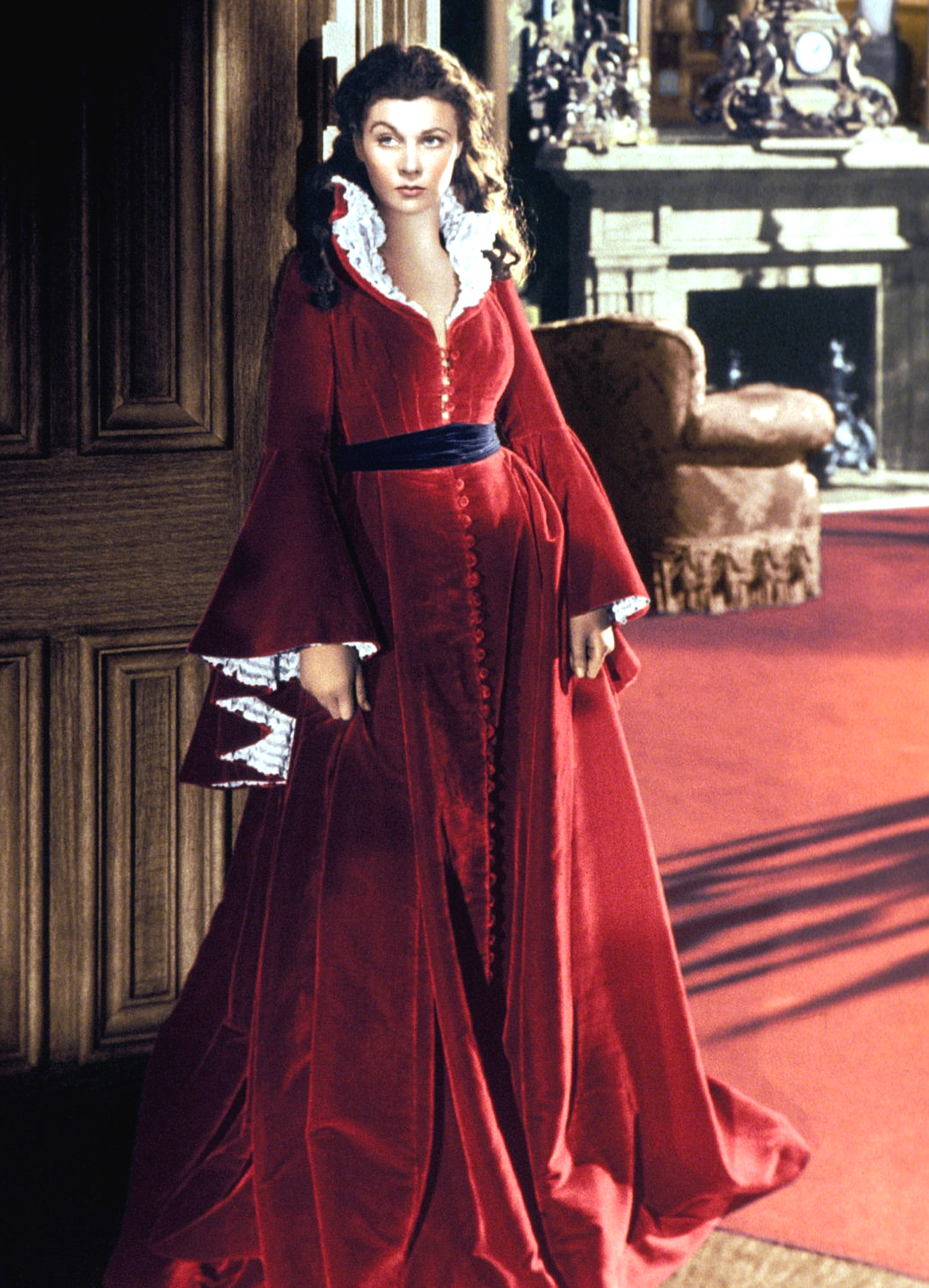 For Gone with the Wind, he was responsible for one of the most famous movie costumes ever made; the moss green velvet dress, made from the family drapes, that Scarlet O’Hara wears to entice Rhett Butler to marry her. Plunkett contrasted the changes in Scarlet’s life circumstances by dressing her in light organdy, tulle, and cotton in the first half of the film. In the second half, in order to show her new level of affluence after her marriages, he dressed her in silks and numerous velvet garments of various jewel colors. 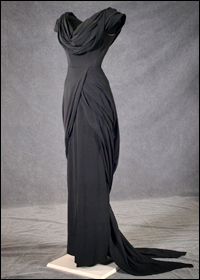 After resigning in 1935, Plunkett continued to work in Hollywood as a free-lance designer and was credited with over 260 films. 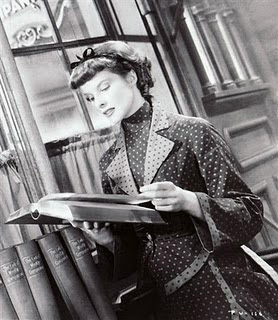 Katherine Hepburn in A Woman Rebels, 1936. 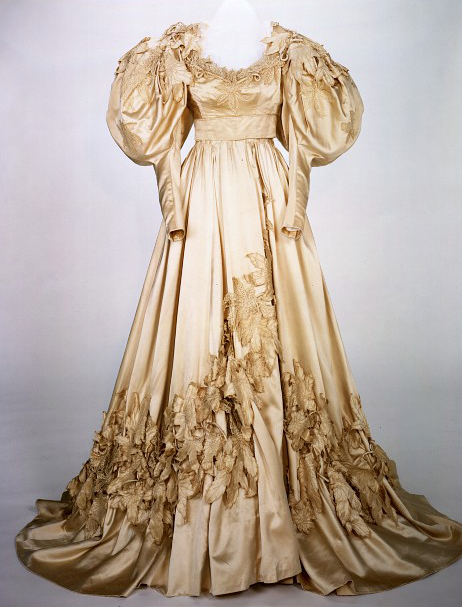 Sources: Gone With the Wind Exhibit at the Harry Ransom Center of the University of Texas at Austin; In a Glamorous Fashion: The Fabulous Years of Hollywood Costume Design (1980) W. Robert La Vine; Adrian: Silver Screen to Custom Label (2008) Christian Esquevin.

Interestingly, the 1949 Little Women (with June Alyson, Liz Taylor and Janet Leigh) was on TCM a few nights ago. While watching one scene I noticed that Marmee’s dress had a full zipper up the back of the bodice. While that would be appropriate for dresses in ’49, it certainly wasn’t in the 1860s and the amount of them in the costuming really bugged me. It’s been ages since I’ve seen the Hepburn version (I love the book so much that I really can’t stand any of the movie versions) but now want to for the costumes comparison.

I am so grateful to Colette Patterns for everything you offer us. I look forward to these emails every morning! And I learn so much…
Thank you, Colette team :)

Wow, who knew that many of my favorite movies growing up, which heavily influenced my playing dress-up wardrobe & the patterns I would pick for when my mom made us special occasion dresses (easter, xmas, etc.) were designed by the same man? Thank you for this post, I thoroughly enjoyed it!

do you know of any publications on Plunkett’s work? He, along with Edith Head, are my all time favorite Hollywood designers.

Joseph,
No, I haven’t come across one yet. However, there may be a source list of publications on that Gone with the Wind exhibit I linked to above in my sources. There is a wealth of information at that site including histories of some of the girls discovered in the nationwide search for Scarlett. Good luck!

Wonderful Site! If you love Gone With The Wind and the costumes, be sure to visit the Shaw-Tumblin Collection Exhibit – beginning August 31, 2012 – at the North Carolina Museum of History in Raleigh, North Carolina. In addition or ogirinal costumes worn in the film, you’ll be able to see original production artwork, scripts (including Hattie McDaniel’s Signed Presentation Script), Memos, Letters, and the rarest of the rare GWTW Posters. This exhibit will run August 31, 2012 thru January 13, 2013.

Oh I cannot concur with Mr. Tumblin more! If you are a fan of GWTW or movie fashions, go see this exhibit. It was absolutely wonderful! I’ve been a Vivien Leigh/GWTW fan my entire life and I felt like I was walking on clouds when I went to see his collection at the Historic Arkansas Museum last year. After two hours of examining every item, i finally agreed to go to the second room with the real civil war items. I came back home telling everyone to go see it. You will not regret it! I sincerely hope that he’s able to bring his collection back to Arkansas. I don’t think seeing it once was enough!

I have 3 or the original water colors for gowns from the movie Gone With the Wind. They are signed by Mr. Plunkett. They were given to my Aunt when she was working at the studios. I would like to find someone that would be interested in purchasing them. They are about 18″ X 23″.

Dear Greg Metzgus; My name is James Tumblin and I am the owner of The Shaw-Tumblin Gone With The Wind Collection.

Currently, portions of my collection – including many original Walter Plunkett GWTW Costume Drawings – are on display (since April of 2012 thru April 15, 2013) at the North Carolina Museum of History in Raleigh. After Raleigh, the exhibit will travel to Elizabeth City, North Carolina where it will be on display (beginning May 24, 2013 thru January 1, 2014) at The Museum of The Albemarle.

I would very much like to discuss the possible purchase of your Walter Plunkett water colors for my collection. I may be reached at the following email: jamestumblin@yahoo.com.

Looking forward to hearing from you, I remain.

OMG now I REALLY hope it comes back to Arkansas if Mr. Tumblin can acquire those watercolors! I would love to see that!

Dear Greg Metzgus, My name is James Tumblin and I am the owner of The Shaw-Tumblin Gone With The Wind collection. Currently, portions of my collection are on display (since April 2012) at the North Carolina Museum of History – in Raleigh – until April 24, 2013. After that – beginning May 24, 2013 thru January 1, 2014 – we’ll be on display at The Museum of The Albemarle in Elizabeth City, North Carolina. Please contact me via email: jamestumblin@yahoo.com as I would very much like to discuss your Walter Plunkett Gone With The Wind Watercolors.

Looking forward to hearing from you, I remain.

I have a lovely grey wool suit left to me by my grandmother, I think from the 50’s, maybe 40’s. The label says “CUSTOM MADE BY Walter BEVERLY HILLS”. Walter is in script. Do you think this is by Walter Plunkett?

I have since found out the name is Malter.

Correction: The photo with Walter Plunkett and Vivien Leigh that describes her dress as the “barbecue dress” is incorrect. That is the opening scene dress. Leigh wore a different dress at the Twelve Oaks barbecue.