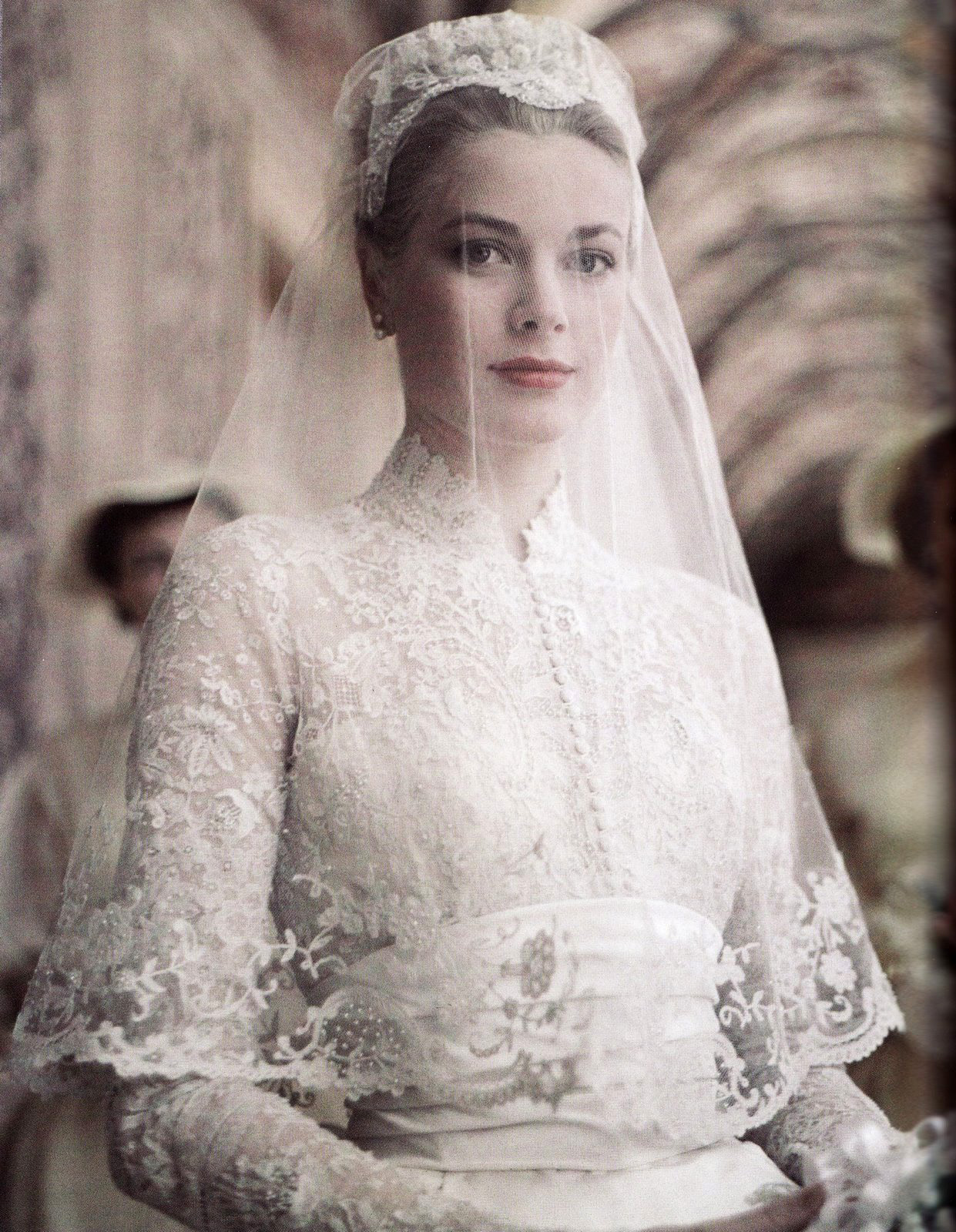 Helen Rose, like Edith Head and Irene was one of the rare women who became chief costume designer for a major film studio. Her style was elegant and understated but still innovative and natural looking. She was an expert at working with chiffon, a difficult fabric for some. It was said she favored the fabric because of the way it moved and picked up the light. 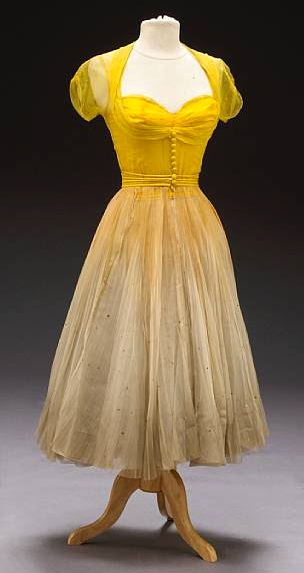 Helen Rose studied at the Chicago Academy of Fine Arts and from there was hired by the Lester Costume Company to create costumes for vaudeville such as dancing cupcakes or flowers. She was hired away at double her salary by Ernie Young. Eventually she moved with her family to California and was offered a job at Fox Studios. However, the job only lasted a few months and she returned to theatrical design. 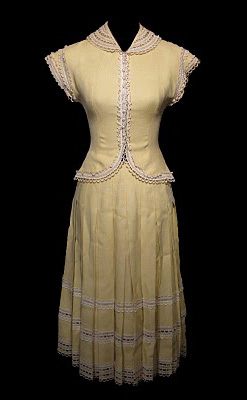 At that point, she was hired as head designer for the Ice Follies, a job that she continued even after she returned to designing for films with her next job creating costumes for musicals at Twentieth Century Fox in 1942. 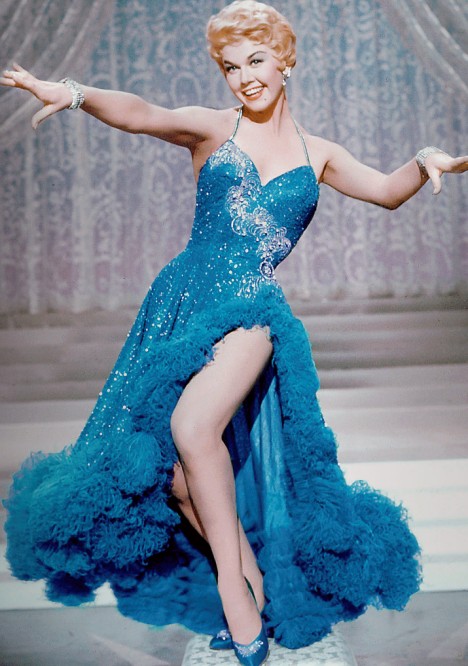 In 1943, she was hired by Louis B. Mayer at MGM as one of the staff designers after designer Adrian had resigned. Four years later, when head designer Irene also resigned, the job of chief costume designer was given to Rose. During her time there she dressed the likes of Grace Kelly, Deborah Kerr, Esther Williams, Elizabeth Taylor, and Lana Turner in over 200 films from 1947 to 1966. 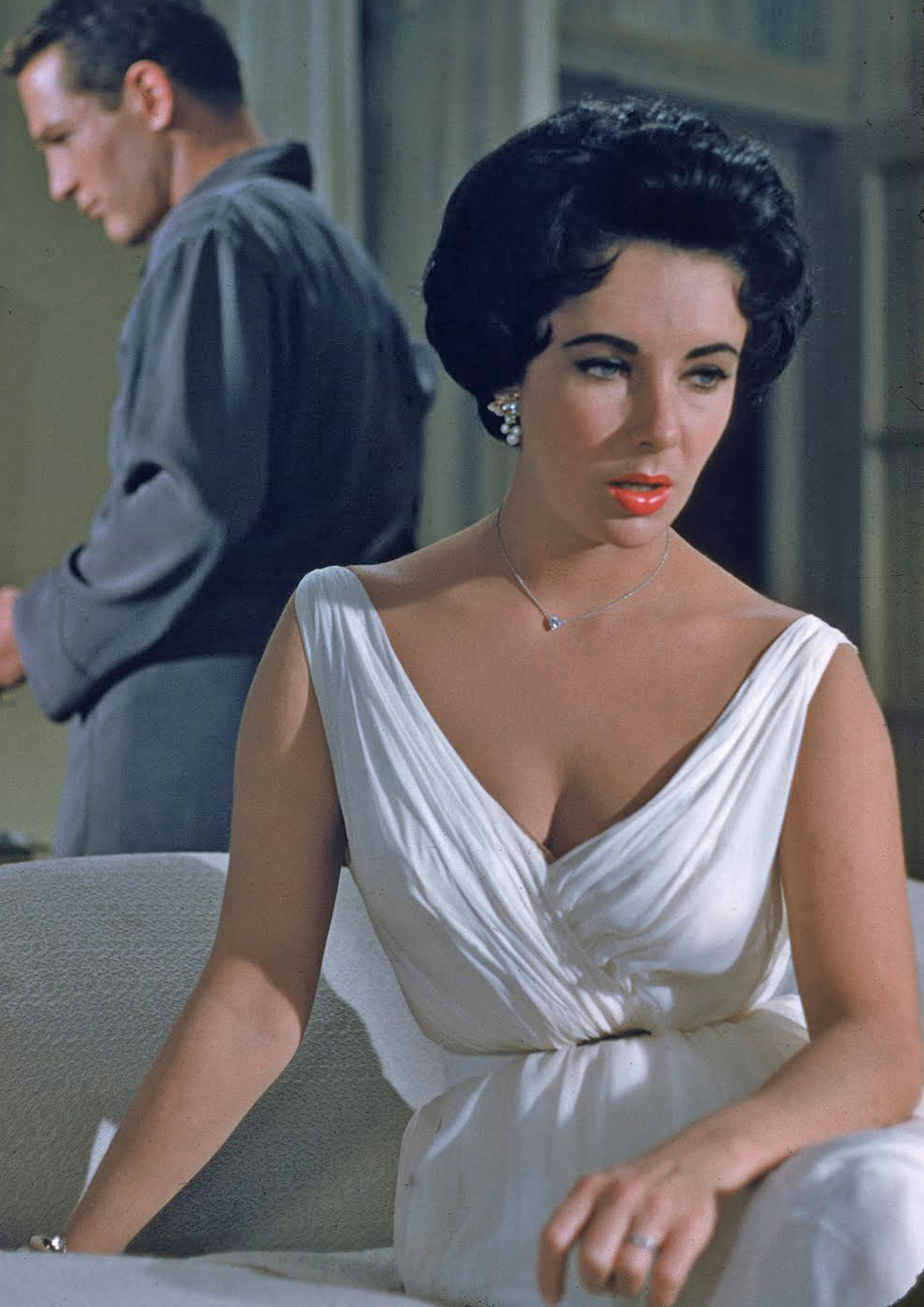 Chiffon dress in Cat On A Hot Tin Roof.

Rose not only designed Grace Kelly’s costumes for four films including The Swan and High Society but also created the two wedding ensembles worn during her 1956 wedding to Crown Prince Rainier III of Monaco.  Her civil ceremony outfit was a full-skirted suit of dusky rose pink taffeta with beige Alençon lace overlay.  In addition, the floral patterned lace was re-embroidered with dark pink silk thread. Her formal wedding gown was constructed of 25 yards of vintage Brussels rose point lace and silk faille with a high neckline, bell-shaped skirt, long sleeves, and a chapel length train. It had an understated feel not at all expected from a film star but very appropriate for a future member of royalty. Curiously however, it was loosely modeled on another wedding dress created by Rose for the movie Invitation in 1952 that also consisted of a rose point lace blouse attached by a cummerbund to a full skirt. 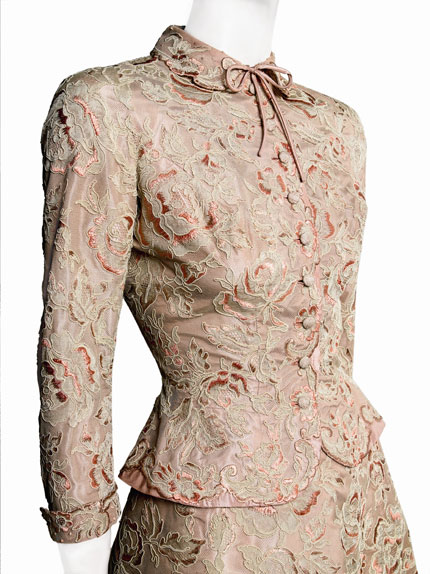 In 1958, she opened her own ready-to-wear label and sold her designs in exclusive department stores such as Bonwit Teller, Marshall Fields, and Joseph Magnin. 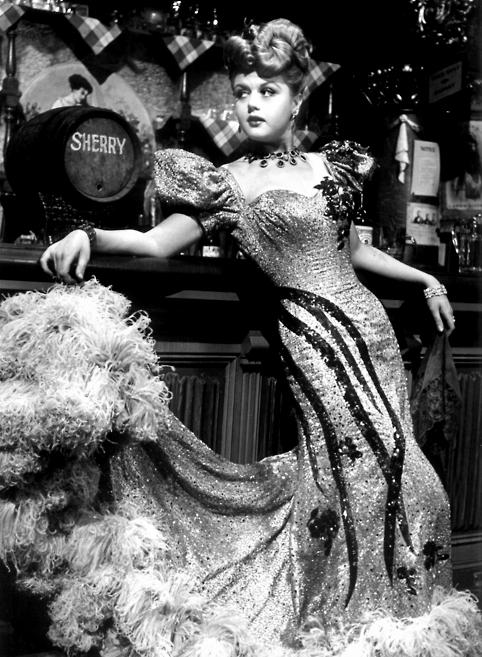 Angela Lansbury in The Harvey Girls, 1940.

Home Sewing connection: She allowed some of her designs to be distributed through Spadea and Advance patterns in the 1950s. 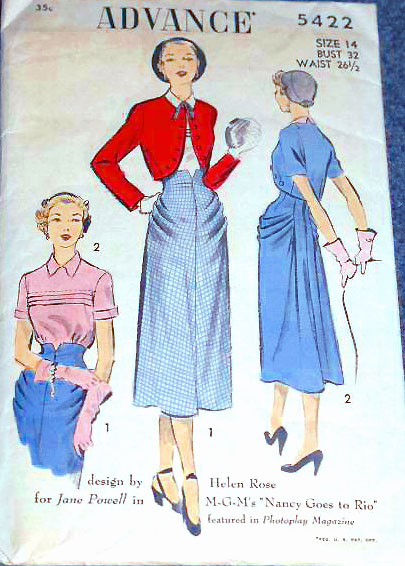 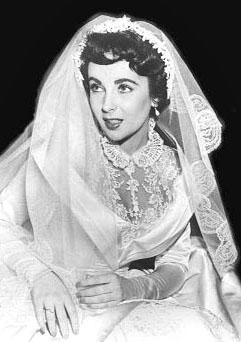 Wedding dress in Father of the Bride.

I was curious and searched out a photo of the dress from the movie Invitation. The neckline is even more like Kate’s: http://www.movieposter.com/poster/MPW-14214/Invitation.html. And, http://www.allposters.com/-sp/Invitation-Dorothy-Mcguire-1952-Posters_i5100292_.htm.

I love these posts about designers. Thanks!

She also dressed Lena Horne when the prejudiced workers in MGM’s costume department refused to work with her.

Patterns use to require a lot a yardage to make a dress. Look at all the yards in some of the dresses. The Chiffon is beautiful. Women can wear such a great assortment of styles, textures, and cuts when men have very little to chose from. You ladies look best in frills anyway.

Thanks for this post. I fell in love with Helen Rose’s designs after seeing Lauren Bacall in Designing Woman – stunning. The chiffon dress in Cat on a Hot Tin Roof has also been a long time favorite

Christine,
Thank you for that link to the Invitation dress! I didn’t even think of trying to find a picture of it, so thanks.

You, and everyone else that’s interested, should definitely check out the link at Grace Kelly: Icon of Style to Royal Bride. It’s a Googlebooks link and you can read almost the whole section on the wedding online.

Such an incredibly lovely post. Thank you for sharing both a wonderful dose of history and some truly sublime images with us!

I recently discovered your pattern line (bought my first last week) and blog. The blog is a treasure of info, this post is no exception. I love Advance 5422 – it’d be great to see some sort of variation of this skirt design from Colette Patterns!

These have got to me the most beautiful dresses I’ve ever seen!

I am sure this piece of writing has touched all the internet viewers, its really really fastidious paragraph on building up
new web site.