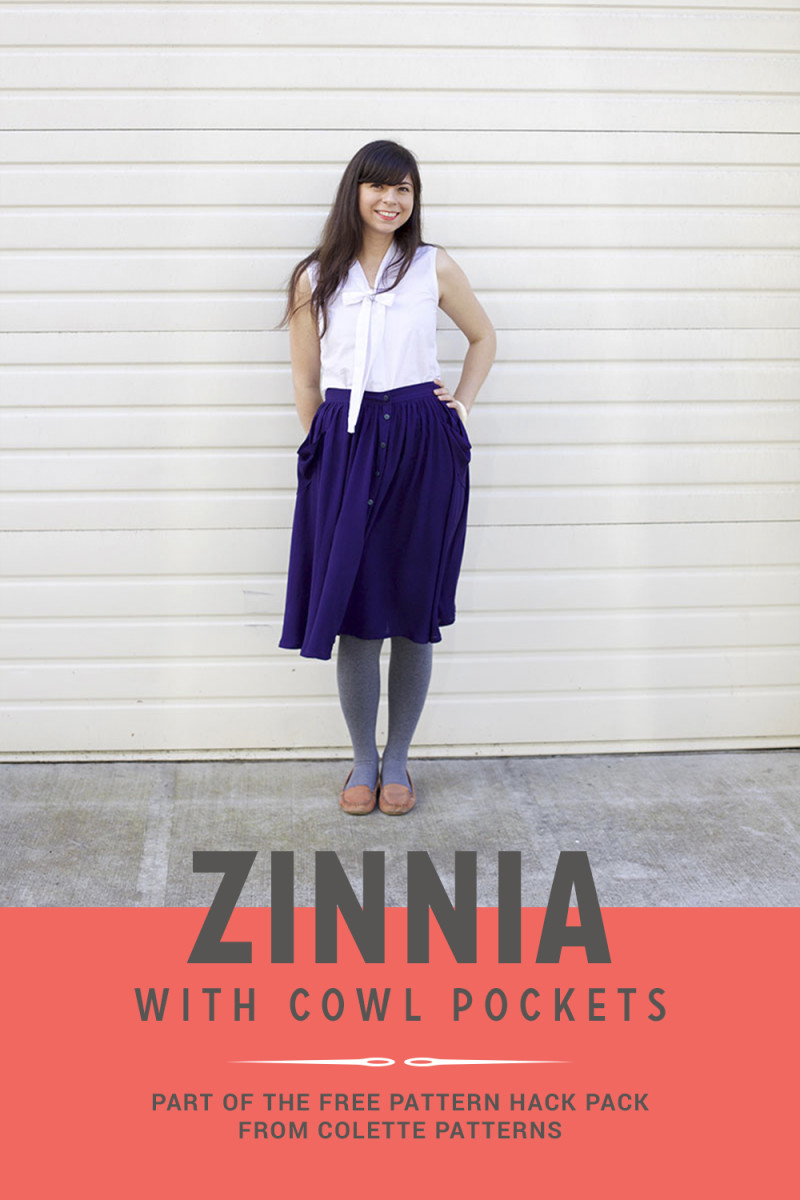 Zinnia was one of the first designs I dreamed up after I joined team Colette a few years ago. As mentioned in the pattern introductory post, Zinnia was a largely a selfish design influenced by a personal love of full skirts and my time prior to working for Colette that I spent as a fan girl of this very company wishing we would publish that sort of design.

I imagined several iterations of this skirt, but from the very beginning I knew I wanted it to be a voluminous, high waisted skirt. After that the little details began falling into place. I tried all sorts of different pockets, pleat placements, and placket widths before settling on the design that you can now purchase as a neatly packaged physical pattern or PDF file. 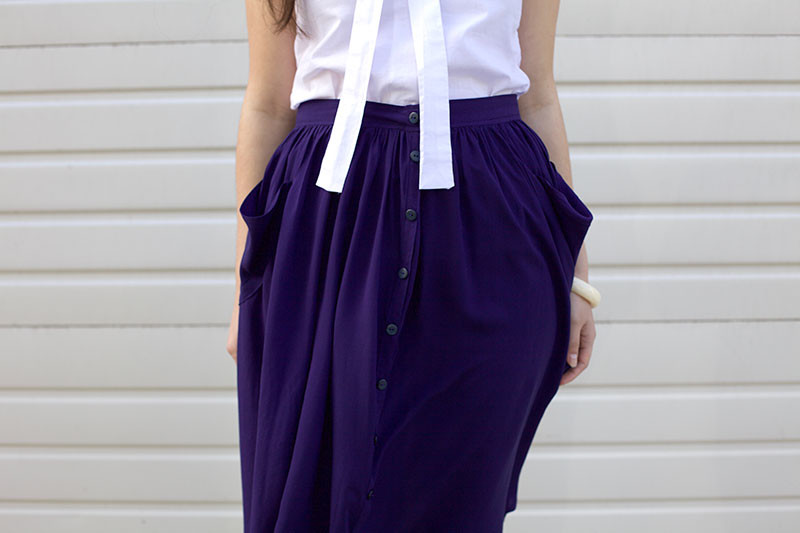 After everything was said and sent to print, there was one version that hadn’t made the cut that I couldn’t quite forget about – I had sketched up a few variations featuring cowl pockets, and ultimately discarded them as too trendy in favor of more classic details. Despite typically snubbing contemporary style trends in my personal wardrobe, I still wanted that cowl pocket Zinnia. Because it was cute, darnit!

It’s so rare in creative industries that we get to revisit what was left on the cutting room floor, and instead tend to favor moving onto fresh ideas. So I’m thrilled to be able to release this pattern hack and give you the option to create a design that didn’t make it into the published pattern.

Don’t forget Zinnia is 20% off through the end of March when you use promo code ZINNIAMONTH at check out!

Kris is the designer at Colette, and also writes and illustrates our sewing patterns. A graduate of The Fashion Institute of Design and Merchandising (FIDM), this Texas native worked for a variety of companies in the fashion industry before joining Colette in 2013. On our blog, Kris helps solve your wardrobe woes through the Wardrobe Architect series she writes.

I love the blouse. (The skirt is cute too!) What pattern is the blouse?

It is the Pussy Bow Blouse by Sew Over It.

I have just discovered – and subscribed to Seamworks; I absolutely love it! I made the Sydney little top of the weekend and it has been so easy and enjoyable to make. “Colette”, you have revived my love for sewing, thank you!

That is truly wonderful piece of work by you. Great sewing patterns.

Yes, I love the skirt and the blouse too! TFS, Annette