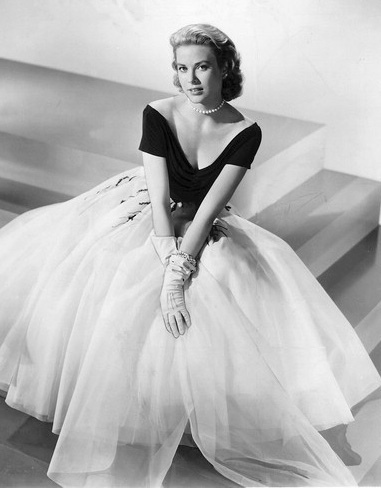 Edith Head taught art at the Hollywood School for Girls before applying for a job as a sketch artist at Paramount Pictures under Travis Banton. After years working as assistant to Banton at Paramount, she eventually succeeded him as head designer. She eventually moved to Universal Pictures where she stayed until her death. She would become one of the last great designers to work under the studio contract system before it was disbanded in the late 1940s. 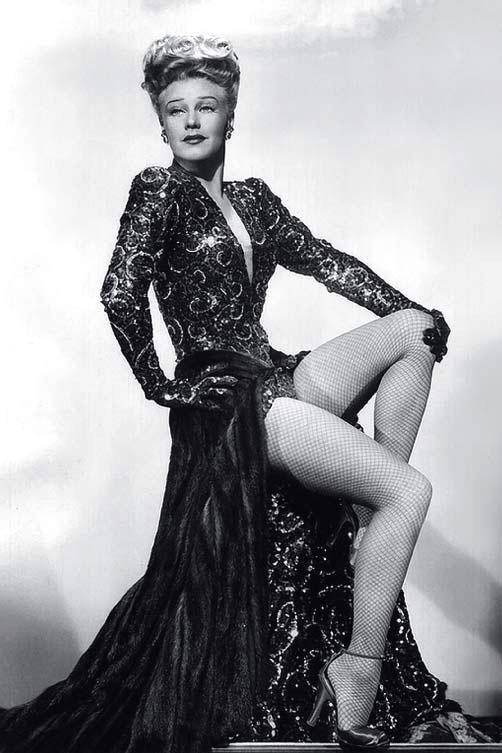 Head was responsible for the on-screen looks of Barbara Stanwyck, Dorothy Lamour (she designed her first sarong), Gloria Swanson, Grace Kelly, and Elizabeth Taylor. She was famous for catering to the more difficult actresses and was a genius at coping with figure problems. For instance, the actress Barbara Stanwyck was thought to have a long waist and a lower rear end than the average female. Head devised a solution by fashioning her waistbands wider in the front then tapering them narrower at the back creating an illusion that her proportions were correct. Examples of this can be seen in Stanwyck’s first high fashion picture, The Lady Eve (1941), in which Head created 25 separate costumes for the actress. 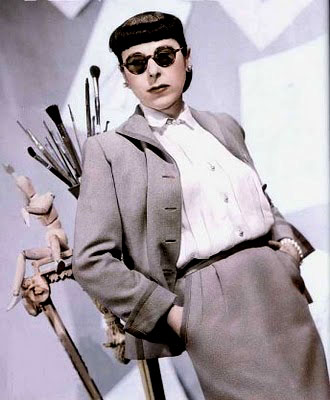 Head would become almost as famous for her own personal look of jet-black hair, severely cut bangs and thick black rimmed glasses, as for the costumes and wardrobes that she designed. In the early 1930s stars paid the studio wardrobe departments to make their off-screen wardrobes as well.  Her forte was simplicity and elegance as epitomized in her famous full-skirted ensemble for Grace Kelly’s character in Rear Window. 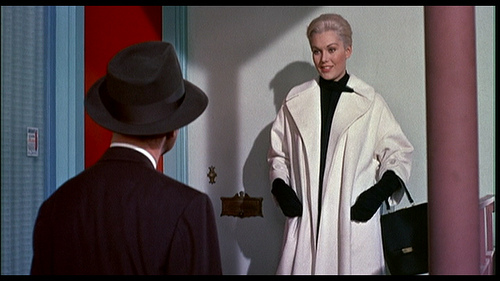 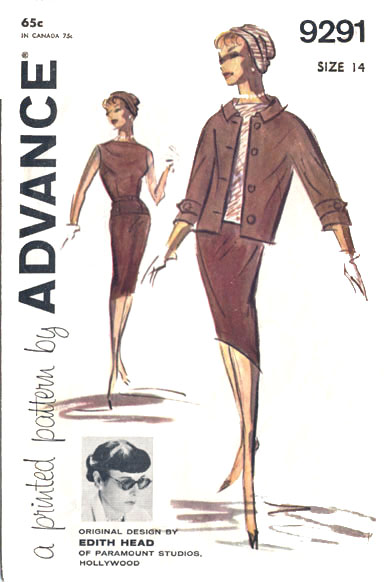 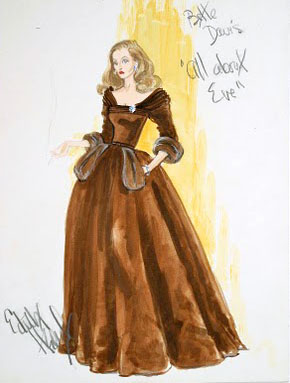 Another Hollywood link: the character Edna from the Pixar movie The Incredibles is basically a tribute to Edith Head. She looks like her like two drops of water!

She also had a nasty habit of taking credit for others’ work, both by stealing her students drawings and accepting the Oscar for Sabrina and not crediting Givenchy for his designs

Hello, I read you post on Edith Head. You are so right about her taking credit for others. My grandmother worked for Edith as he head seamstress in charge of the seamstress and making most of the costumes. She mad the peacock cape that travels the world and also the Mae West white w blue flowers and parasal that won and Oscar. My mom had the Mae West doll and someone stole it. I have other memobelia that I need to find out about but have no clue where to start.
Michelle

Interesting post. Thanks. Rear Window is one of my all-time favourite films, if only for Grace Kelly’s stunning outfits.

I love Edith Head, Roman Holiday and White Christmas are classics. I also got a little excited when watching the Incredibles with their Edith-esq superhero costume designer.

i was watching “butch cassidy and the sundance kid” yesterday and apparently she did the costumes for that, too. i was very excited.