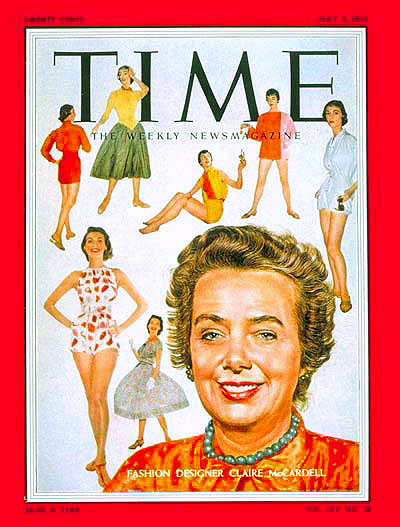 Claire McCardell was a well known fashion designer who revolutionized women’s fashion in America. She was the cover subject of an article on the emergence of American fashion in the May 2, 1955 issue of Time magazine. 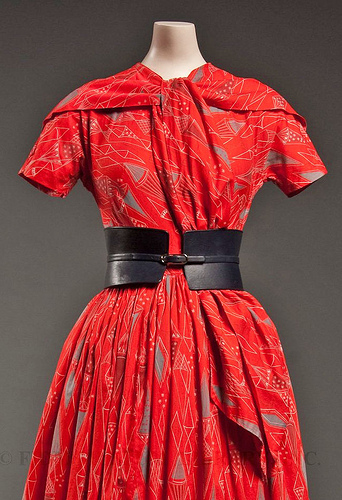 McCardell was inspired by Vionnet and Chanel when studying in Paris in 1926. She designed clothes for her own lifestyle, much as Chanel did before her. As she was quoted in the Time article, “I’ve always designed things I needed myself. It just turns out that other people need them too.” Many of her pieces were created out of necessity: shivering aboard a yacht she created a wrap in tweed, skiing with cold ears, she designed a wool jersey hood. Most importantly, when hampered with too much luggage on a European trip, she created separates by designing dresses in parts with interchangeable tops and skirts. In addition, the tops could also be worn with pants. Her wardrobe was based on jersey halter neck tops and jersey skirts. 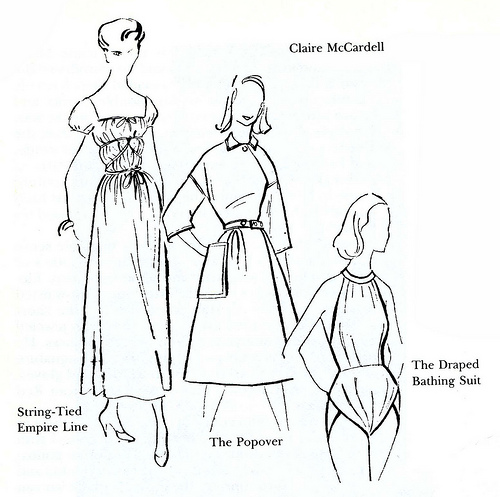 She first worked as a sketch artist for Townley Frocks, left to work for Hattie Carnegie, then returned to Townley for a few years as their head designer and eventually became a partner in the company. 9,831 of her sketches created during this time are now archived in the Fashion Design History Collection at the New School in New York.

Her clothes were functional and simple with clean lines. They were considered subtly sexy with functional decorations. She utilized details from men’s work clothing, such as large pockets, denim fabric, blue-jean topstitching, metal rivets and trouser pleats. 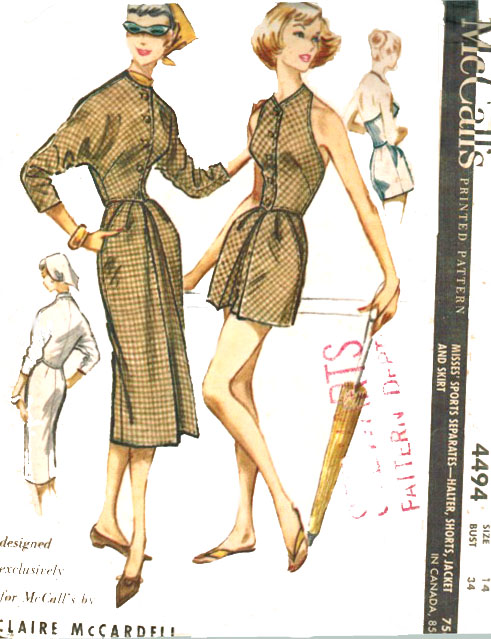 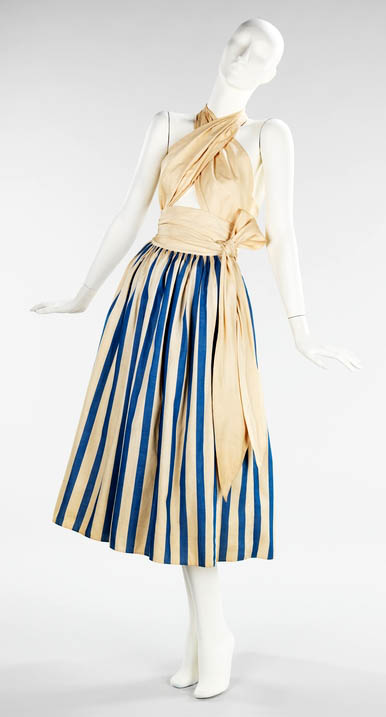 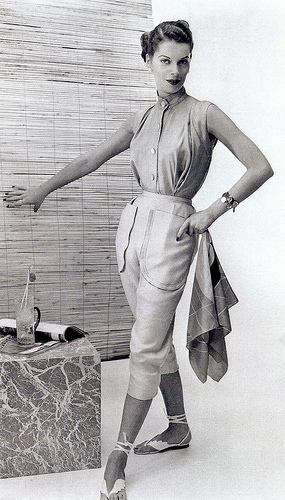 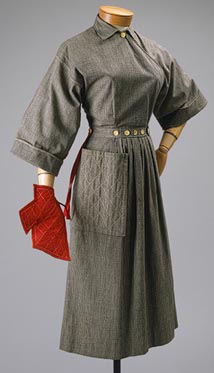 The "Popover" plus pot holder.

I was so excited when this popped up in my reader! Claire McCardell is one of my favorite designers of the 20th century. I was fortunate enough to see an exhibit of American sportswear years ago where several of her designs were on display, and have almost worn out my copy of Kohl Yohannan’s pictorial on her work. lol. I love the fact that she was inspired by her own, practical needs to design–her use of “everyday” type fabrics and cuts and silhouettes that were feminine but practical is still relevant today.

I love the belt…and the fact that Claire really made wearing flats, mules trendy. I would totally dig a “What Shall I Wear?” reissue.

So inspiring! This has my daydreaming of all sorts of things to make.
Thanks!

What a great post, Im inspired to research more about this lady :) That draped bathing suit is so cool!

Thank you for the excellent post. Love the idea of play clothes even though I’m getting ready for a workday.

Loved the article as my husband lived with Claire ‘s mother in Frederick when he was just starting out as a teacher. Her mother always spoke of her daughter when I visited and showed me the TIME magazine…..Jayne Rose Ross

Thanks for the fascinating article…!!!

I love Claire McCardell – Have you seen this shortly about to go into auction?