Seeing as I spend most my time either sewing or thinking about sewing, I’ve decided to attempt to fill in some gaps in my sewing related knowledge. I plan to take a closer look a different types of fabric, starting with the favourite of many vintage fans: barkcloth. 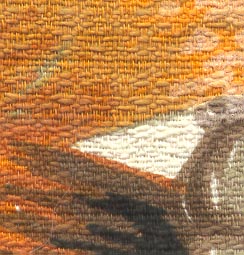 The term ‘barkcloth’ refers to the nubby texture of the weave (see close-up image above), rather than a specific fibre content or design. Original barkcloth was produced in South East Asia and the Pacific Islands by soaking and beating the inner bark of certain trees into a paperlike fabric. Often these fabrics were dyed, painted or printed. Exotic tropical designs began to become popular in the US from the late 1940’s and barkcloth Hawaiian shirts and furnishing fabrics (some of which were brought home by American GI’s stationed in Hawaii) became all the rage. 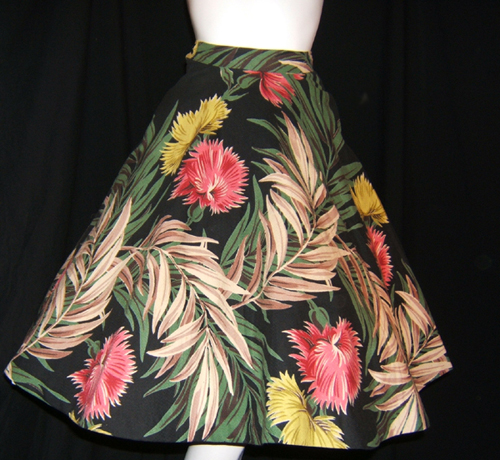 The original barkcloth effect was appropriated and reproduced to supply the demand by using a heavy Momie weave to produce what we know as barkcloth today. It is typically a medium-to-heavy weight fabric which dominated interior textiles, particularly curtains and upholstery, from the 1940’s right through into the 1960’s. Some countries, including Australia, were still producing barkcloth into the late 1970’s. The lighter weights were also used in apparel (see the 1950’s skirt above). 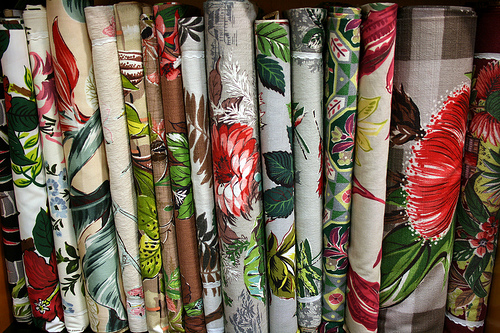 In the late 1940’s and early 1950’s, the South Seas and Pacific were exotic and desirable, a taste of which could be brought into the home or wardrobe with tropical imagery and designs which referenced the original imported barkcloth fabrics. 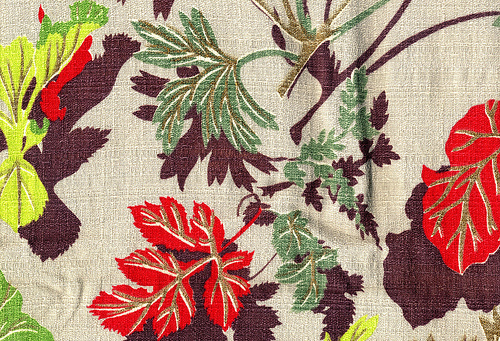 Going further into the 1950’s, the barkcloth print designs that were available changed along side shifting popular imagery. Designs featuring feathers or leaves in subtler tones like the fabric above became popular. 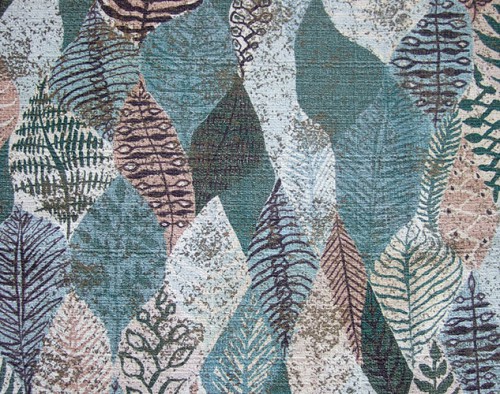 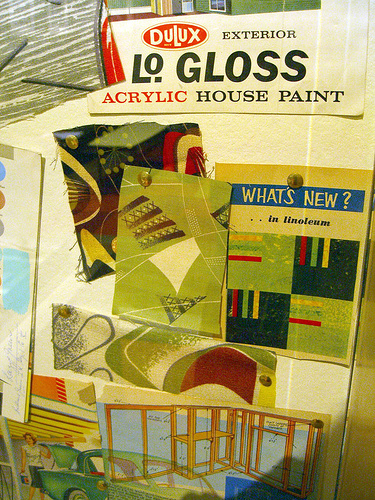 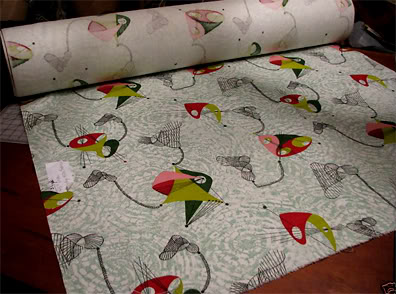 As interest in atomic imagery was slowly replaced by the embrace of flower power around the mid 1960’s, barkcloth faded from the interior design scene. However, recent interest in mid-century design has resulted in printed barkcloth becoming highly collectible. Vintage barkcloth of the atomic ‘Eames era’ in particular has become highly desirable, and reproductions and appropriations are now available. Barkcloth produced in the 1940’s to the 1960’s can still be found in junk shops, flea markets and on eBay, sometimes going for a steal. In the past Barkcloth was almost exclusively used for interiors, but these days it’s heavier weight and durable texture plus it’s nostalgic and often kitschy prints have inspired sewers to produce some fantastic accessories like this clutch. 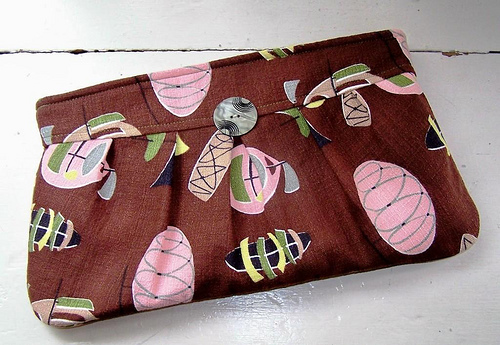 So whether if you pick up a vintage piece, or splash out on some fantastic repro barkcloth, you will be ensuring the spirit of this 20th Century phenomenon lives on!

I love this post Zoe! Thank you so much! I had no idea that barkcloth was so novel, and the prints you’ve shown are simply fabulous. I think I’m going to have to start internet trolling for these goodies. Thanks for the tips!

i love bark cloth… never thought of making a skirt with it… that purse is lovely!

I loves me some barkcloth! I had read some of the history before but not all. Thanks! I have used repro for our sofa cushions and throw pillows. It’s is a wonderful splash of color, time warp and cool!

Barkcloth always reminds me of a rainy Sunday in Hilo–in the 40’s! I especially like black or grayish/silver backgrounds. In the 50’s we had curtains in our living room that were green. Sigh! Thanks, Zoe!

Thank you so much for this wonderful information. I use Hawaiian barkcloth often and I never tire of looking at it.

I did not know much about it’s history until now.

Have made many things from barkcloth, pillows, curtains, slipcovers, etc. Now I’m looking for about 20 yds to make a duvet cover. Must have black background, flowers. If anyone knows of any please contact me. Thanks! Gloria

I have about 7 yards of a beautiful barkcloth that has a Mexican Theme printed on a dark green background. It is not a Floral. It has never been sewn. I am trying to learn about it’s value on the retail market before I cut it for a project. Don’t want to use it for the wrong purpose. Any advice? Thank You.

Is there any information out there (the world, the internet, books, etc) about how to repair or stabilize small holes (nickel size or less) in vintage barkcloth material?

Thanks for your help.