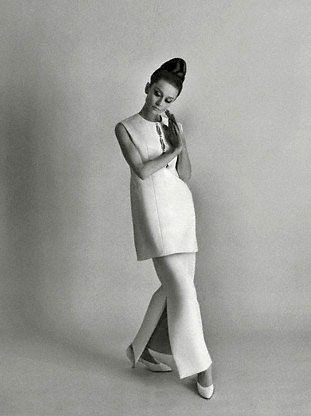 Hubert de Givenchy was born to a prestigious family. Though he thought of studying law, he became a fashion designer instead. He is now known for clothing of superb cut and workmanship made up in beautiful fabrics. His clothes were pure, classical, and sometimes severe in their simplicity of design.

His career began through working for French designers Jacques Fath, Robert Piguet, and Lucien Lelong. At Lelong, he worked with another unknown, named Christian Dior. He eventually worked under avant-garde designer Elsa Schiaparelli before he opened his own shop in 1952. 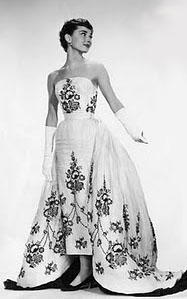 At the early age of 26, he gained notoriety by becoming the favored designer for Audrey Hepburn. In 1953, by personal request from the 24 year-old Hepburn, he designed the majority of her wardrobe for the movie Sabrina, when the character has had her French makeover. His most famous design from the movie would be the frothy, strapless “Larabee party” dress with elaborate black and white embroidered overskirt.  However, due to stipulations in her contract, Paramount designer Edith Head was listed solely as the movie’s designer and she received the Oscar that year for costume design. 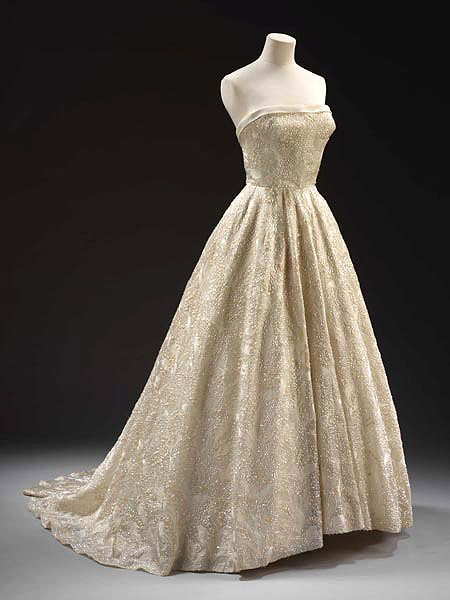 After that film, Hepburn made sure that he was the contracted designer for almost all of her future films. As well as creating a majority of her off-screen wardrobe he also became her dear friend until her death in 1993. Other famous and devoted customers of Givenchy were Grace Kelly, members of the Guinness and Kennedy dynasties, and The Duchess of Windsor. 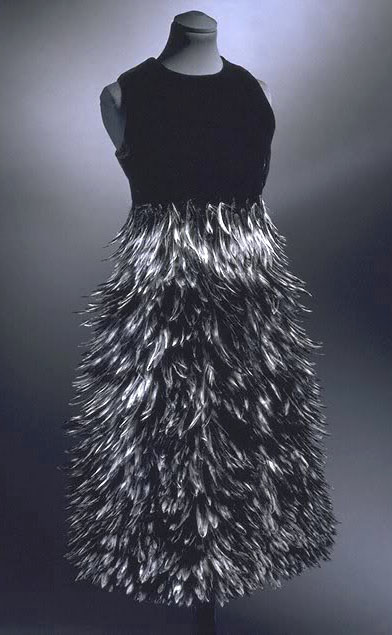 In 1988, because of financial reasons Givenchy sold the company to the Louis Vuitton-Moet Hennessy (LVMH) organization. When he retired in 1995, even though he had picked his successor, he was overruled by the new owners and designer John Galliano was installed as head of design instead. 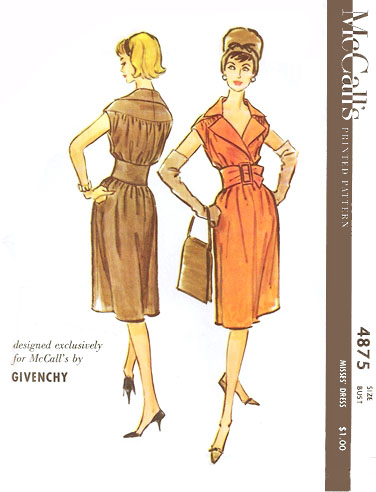 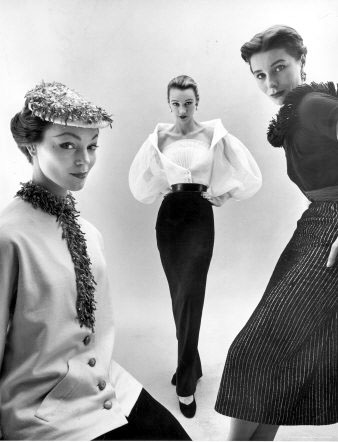 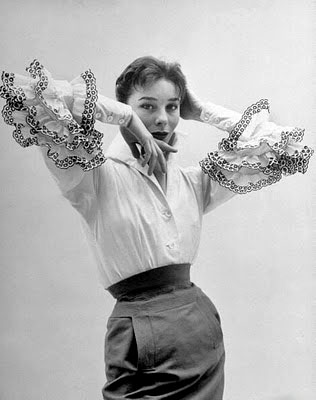 This is a fascinating site. I was researching the ‘Bettina Blouse’ and found your material to be very helpful. The information was so tempting, now I want more, more, more! Keep up the good work — DESIGN ONWARD (and keep the history of design alive!)

I was recommended this blog through my cousin. I’m now not positive whether this submit is written via him as no one else recognize such designated approximately my difficulty. You’re amazing!

Thank you very much for a wonderful review of this designer. I enjoyed the information – and can see, you put a lot of work into this project.
merci,
C