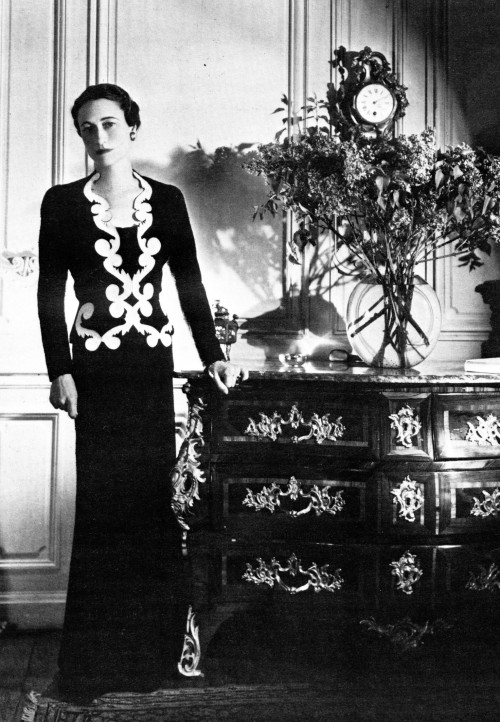 Elsa Schiaparelli created simple wearable clothing with elaborate or eccentric trimmings and details. She was known for unusual, sometimes trompe l’oeil effects. In fact, her first design was for a black pullover depicting a white bow as if tied around the neck.* Once disparagingly called “the Italian artist who makes dresses” by Coco Chanel, the description was accurate. The art of her clothes was the focus, not trend-making style. She was one of the first designers to link fashion with the fine arts. 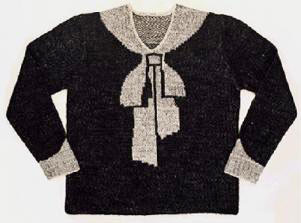 *As a bonus, a pattern for the sweater that started it all is available here. 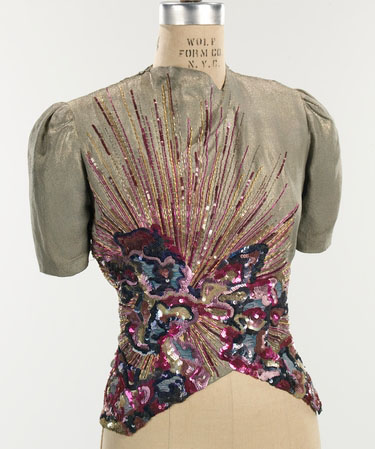 Most famously known for naming a hot pink color Shocking Pink and her collaborations with Salvador Dali (“Lobster” dress, “shoe” hat) and Jean Cocteau, the great workmanship in her clothes has somewhat faded to the background. However, she left a legacy of clothes that combined elegance and immaculate tailoring. She was not afraid to be imaginative with textiles. She had no qualms using mattress ticking as a couture fabric along with new manufactured fabrics consisting of rayon, new configurations of cellophane, and a glass fiber-infused fabric called Phodophane that was used to construct her glass tunics. 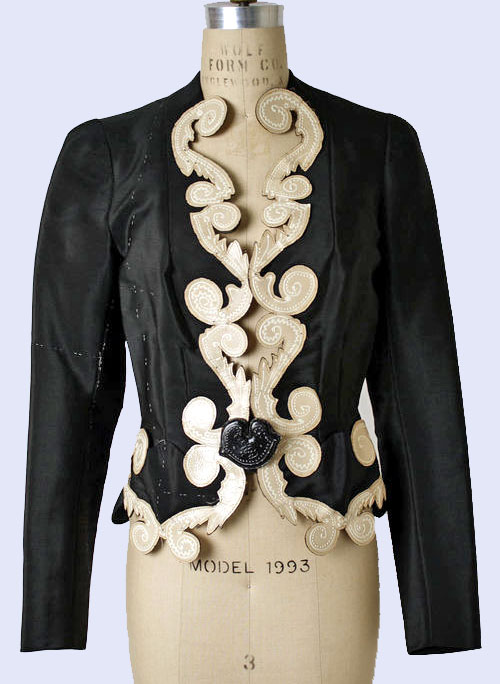 As always, she produced items with a great sense of humor and fantasy. Even her perfume, Shocking, was packaged in a dressmaking dummy shaped bottle modeled on Mae West’s famous measurements. Her garment embellishments ranged from depictions of body parts embroidered or appliquéd on garments to illustrative and decorative pockets, labels, and highly stylized buttons as fasteners. In fact, she bolstered the button industry with her penchant for fanciful, decorative, themed buttons such as 6 to 7-inch long hand mirrors and buttons resembling various insects and circus aerialists. 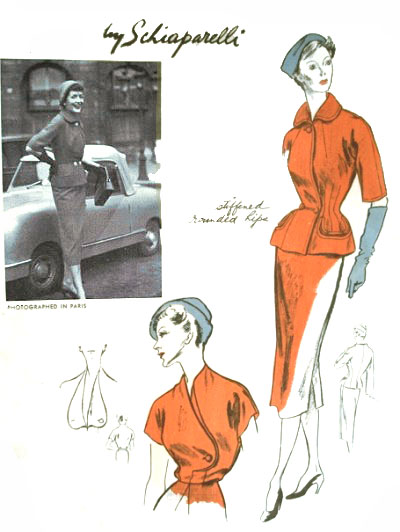 Home sewing connection: She created Vogue Paris Original Model patterns during the 1940-50s that incorporated details such as clever hidden pockets and dramatic collars and necklines. 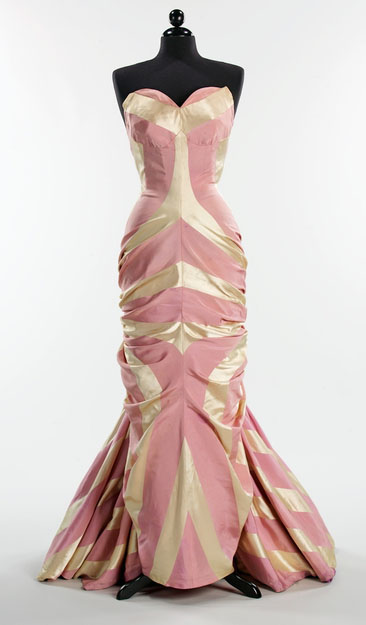 Elsa Schiaparelli is my favorite couturier. I just love the combination of art and fashion and the strong female figure she was in that time (and still is through her fashion).

Thanks for posting this!